Mount Aconcagua is the highest peak outside of the Himilayas—and is the water source that allows what would otherwise be a desert to be one of the most important agricultural areas of Argentina, certainly in terms of wine production.

We’ve had a LOT of rain in February, desperately needed as the reservoirs here, as they were in Chile last year, are at record lows. What fell as rain here added to the snow pack on the high Andes. While wine makers will not have a great vintage this year, the long term prospects have been improved. (Some bodegas harvested early, before the grapes become overfilled, under ripe being a better choice than watered down. Not all varietals will be affected, only those grown here on the plateau.)

The water situation plays on my emotions in complex ways. While there is a sign in front of the municipal hall with the message “Every Drop Counts” the public toilet accessbile from the municipal hall parking lot is in disrepair and water flows out of the tank and onto the floor day and night. Not only that, it is not uncommon to find the sink faucet left open. I thought I found a sink faucet left open in a resteraurant where I went for lunch—but no, it was broken and could not be turned off. The major rainfall exposed weaknesses in the infrastructure. Pipes that had had slow leaks were now spouting water into the air. It took hours for the workers to get to them and sometimes more than a day for them to stop up the flow. There are obvious leaks in the numerous hoses that lie about the grounds where we live that get no attention at all. When it is not raining, you see people out washing their driveways, an activity the government has specifically asked people to stop.

These photos tell the story of bringing the water from the snow pack to the vineyards and gardens. Some of the words and images come from S who was sending stories of our life here back to his friend Donald. Donald has now passed after many, many years of facing down a terminal illness. He was cheerful to the very end, and we miss him. But he will be forever in us. All of us.

In the foreground, some of the typical structures in Maipu. In the far background, the (still) heavily glaciated peak of Mount Aconcagua. 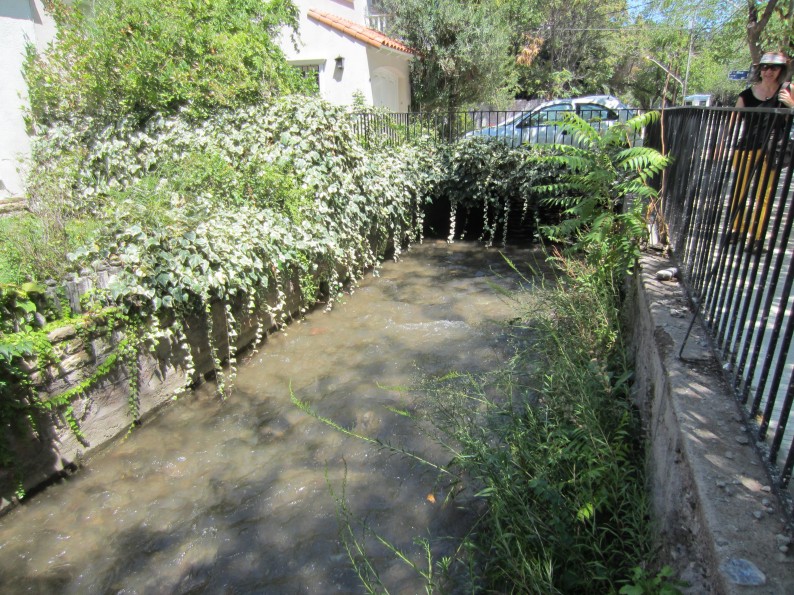 The primary canals running through the city of Mendoza, the fourth largest in Argentina and the namesake for the province of Mendoza where we are living, are large and filled with water even when it is not raining. They are clearly part of the primary water distribution system, directing water out of the mountains for use throughout this enormous plateau. 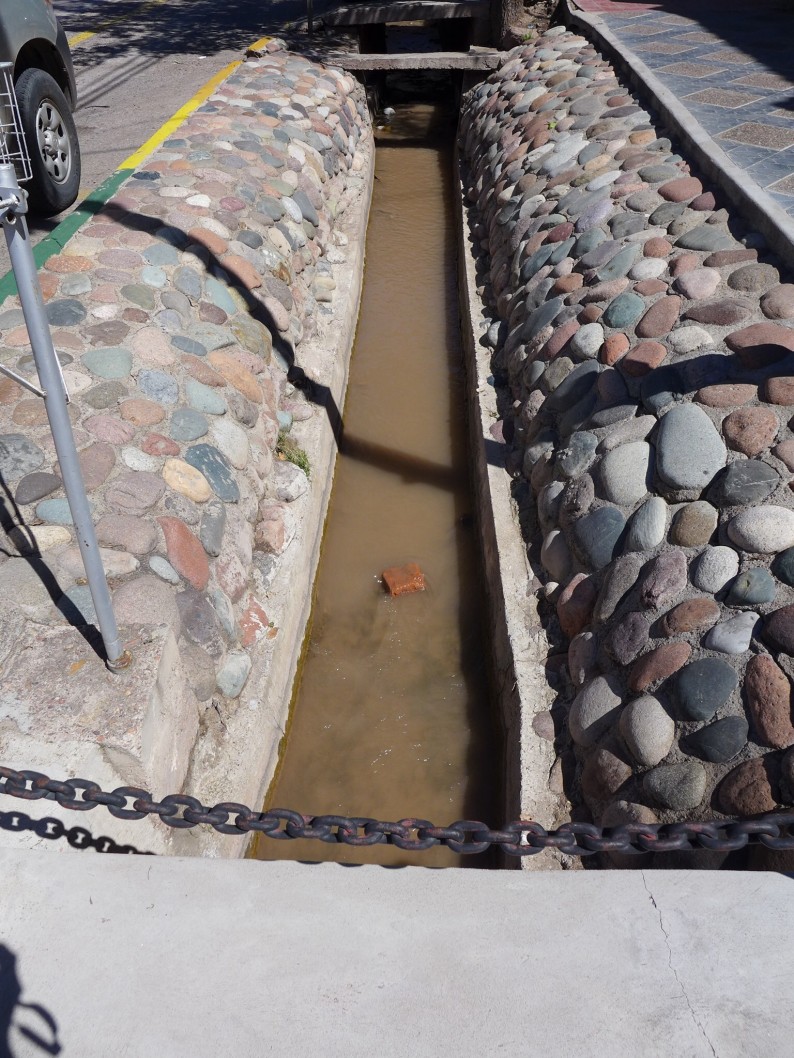 In contrast, these stone clad city ditches, w hich are actually beautiful to look at, collect rain water to add to the system. 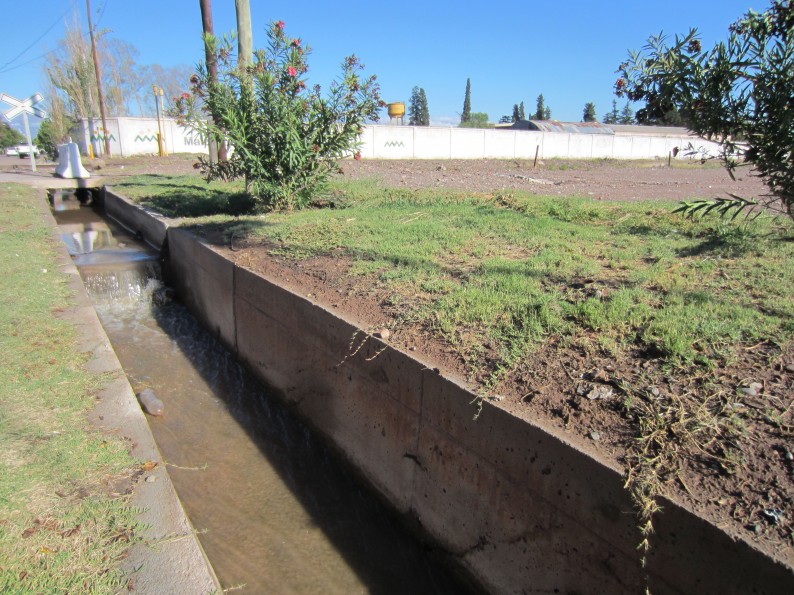 In the rural areas, the concrete-lined canals, about 1 m wide x 1 m deep, continue the water distribution—all by gravity. We are told this irrigation method was used by the Indians who were living on the land when the colonists (first Spanish, and then from other European countries) arrived, and the Europeans adopted the aboriginal method. 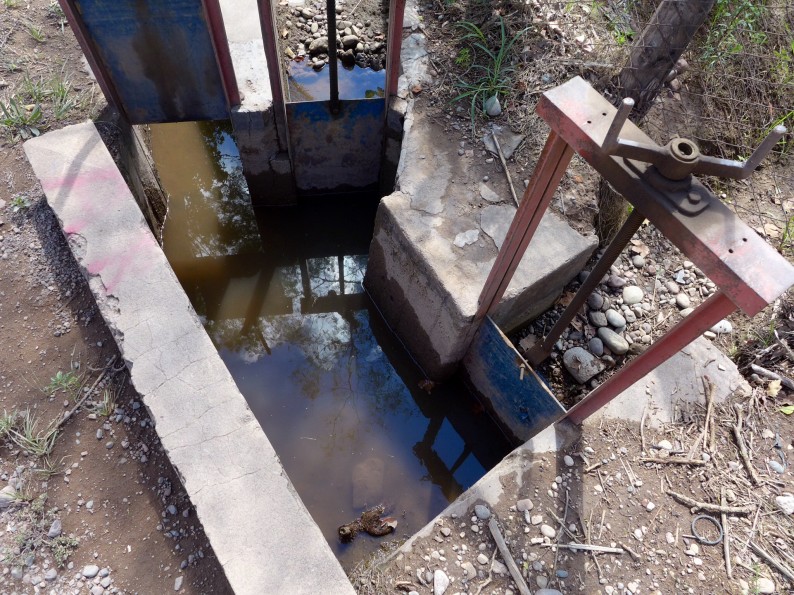 Individual properties have an allotment, for which the owners pay taxes. A man goes around on a motorcycle, unlocking – and then relocking after a specific interval — the padlock on the metal grate that connects the main canals with your property. For example, you might get water from 6 to 10 pm on Mondays and Thursdays. Or, in a year such a this, you may get water only when available. Which could mean a call that you can have water TONIGHT—from 10 pm to 6. Desperate growers will stay up all night guiding water through the maze of small ditches that irrigate their vines. 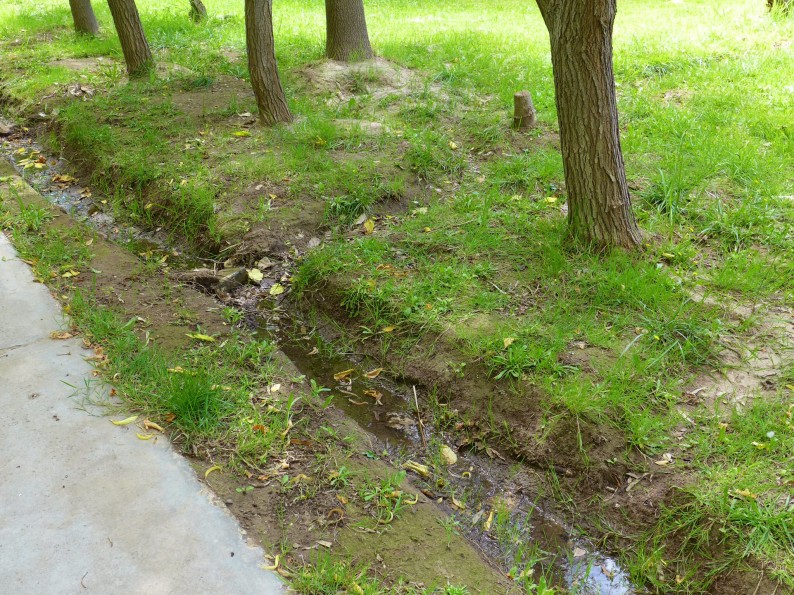 On private properties, each individual owner distributes his flow as he wants – all by gravity. The entire Mendoza plateau is impressively flat. That is, a bicyclist would not need to change gears, except to achieve an overpass over the railroad tracks, for example. However, ‘flat’ is a relative thing, and the locals are very skilled at managing the terrain. 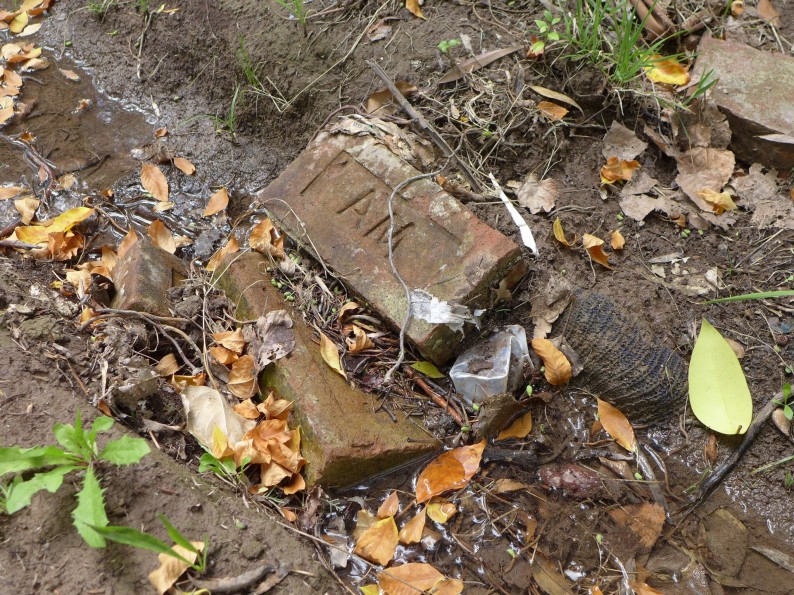 Ditches in the soil — apparently dug by hand, and certainly maintained by hand with wide-bladed hoes – lead the water away from the main canal in ever-smaller arterioles. Tiny dams are created of bricks, plastic, and mud—they serve to temporarily stopper the flow or, like this one, create a delay that ensure water speads into side channels. 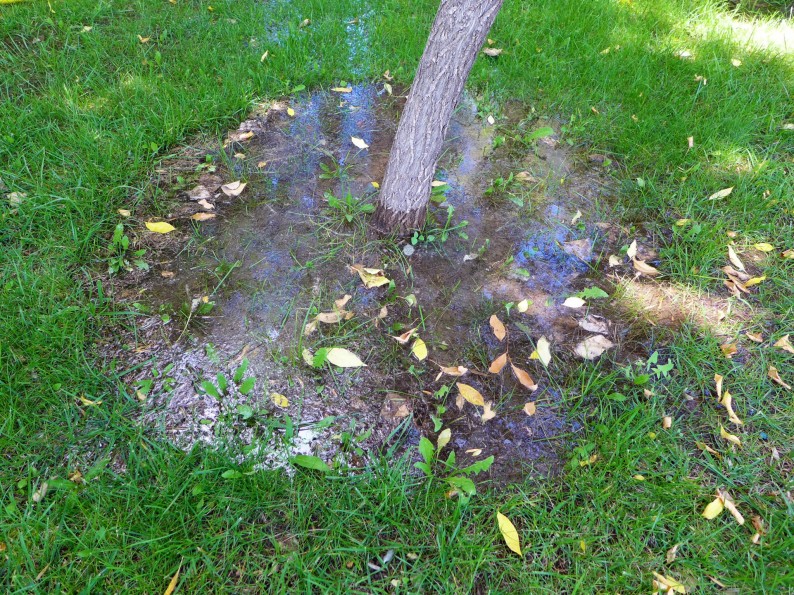 Ditches dug as rings around trees carry water to their root systems. Grassy fields are watered by flooding them. You need to watch your step when crossing a grassy field as you may find within a couple of steps that your sneakers are wet. No sprinklers dispersing water to evaporate into the dry air. 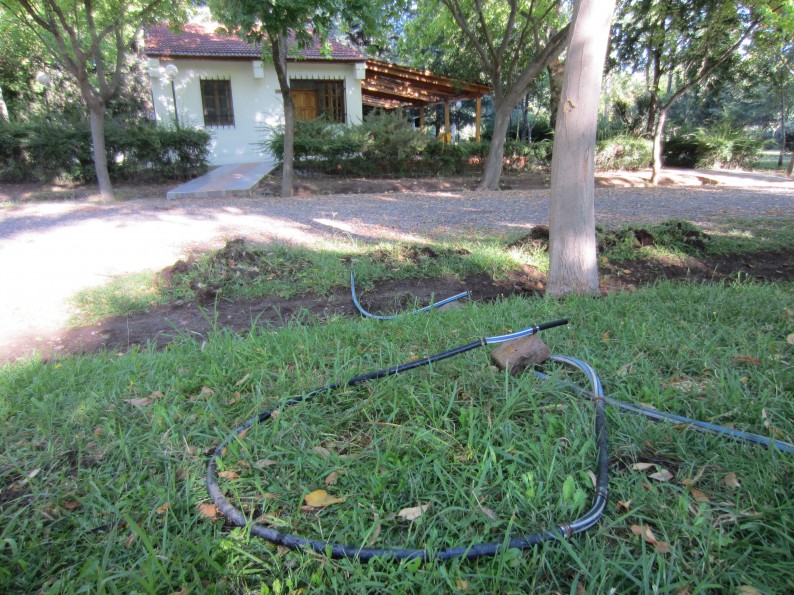 “Our” property must have either special water rights or a well, as there appears to be a 24/7 water supply. There is at least one full-time groundskeeper on our property, a slim, dark-skinned older man – how old is hard to tell, as his skin is weathered from decades working outside – let’s say age 60. He moves silently around the grounds, managing the ‘mini-dams’. There is a 2.5 cm diameter hose that emerges from the ground across the graveled lane from our property and connects to a section of hose that runs under the lane towards us. It must be he (although I have never seen him ‘in the act’) who also “turns on” this water supply to our property by moving the rock that holds the stoppering kink in place. The underground section of this hose connects to a slightly smaller diameter hand-valve-controlled 25-m hose that normally lies coiled by our front walk. When our water is ‘on’, the hose is moved from one sectorof our lot to another throughout the day, feeding our trees, shrubs, and grass. 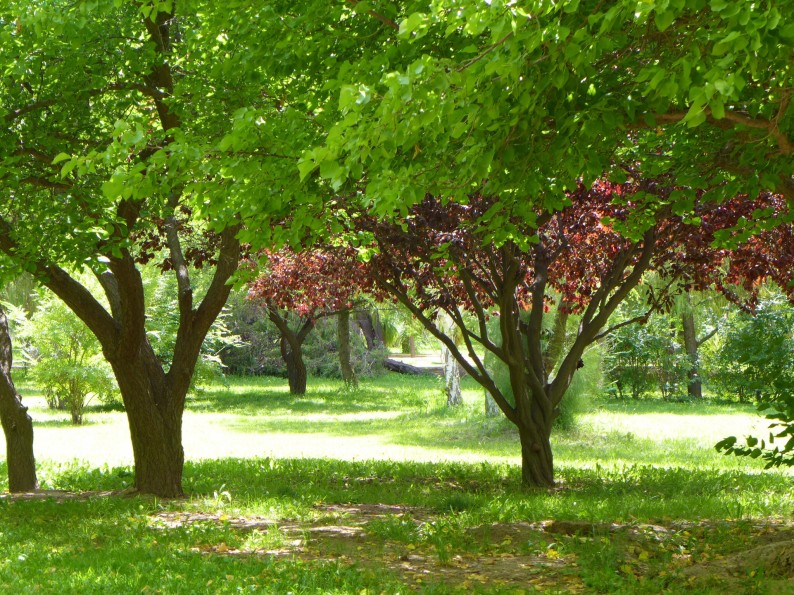 Without irrigation, this bit of paradise would look like a clay parking lot. As it is, the owners take delight in caring for over 90 species of trees, all made possible by diverting water otherwise headed from the heights of the Andes out to the Atlantic. 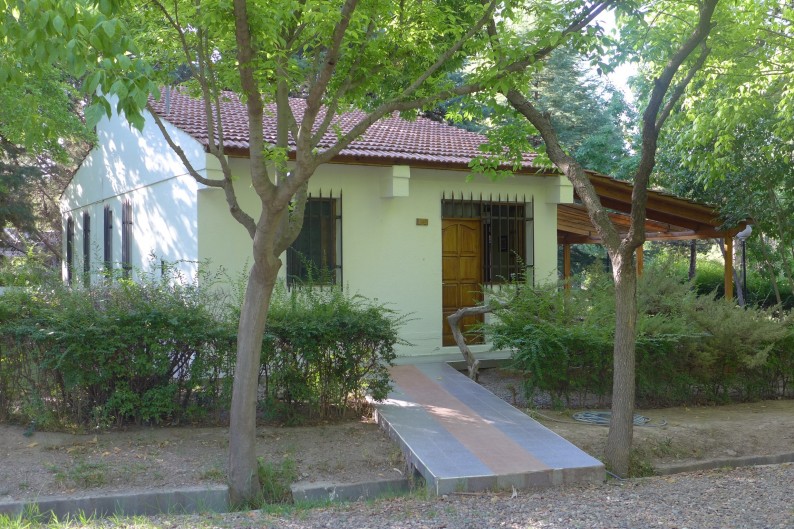 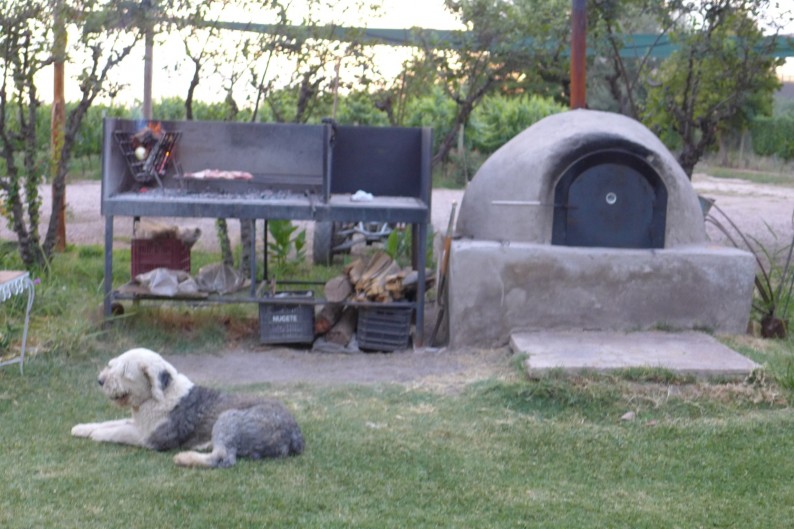 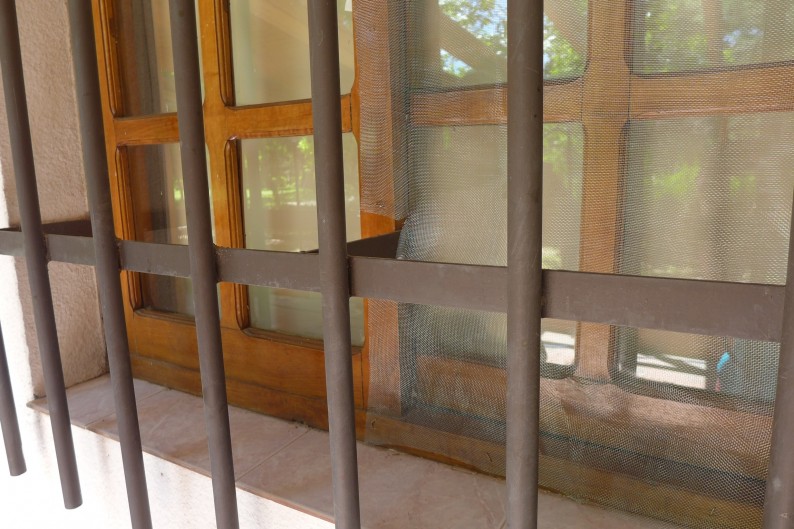 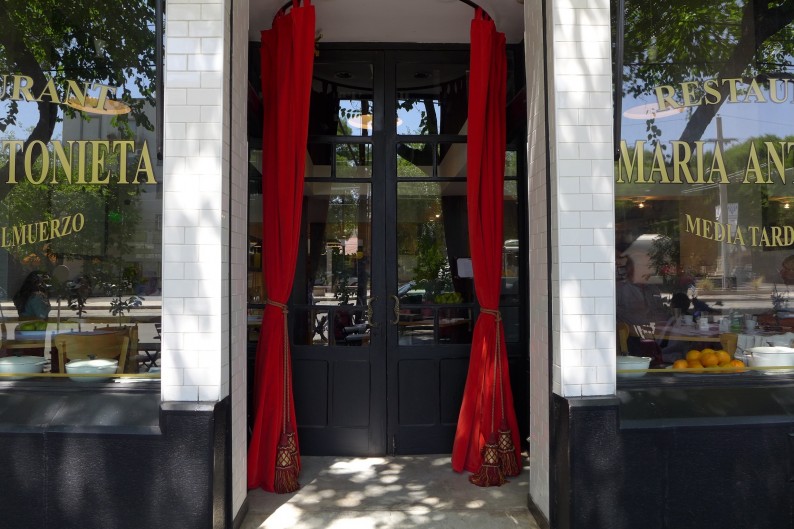 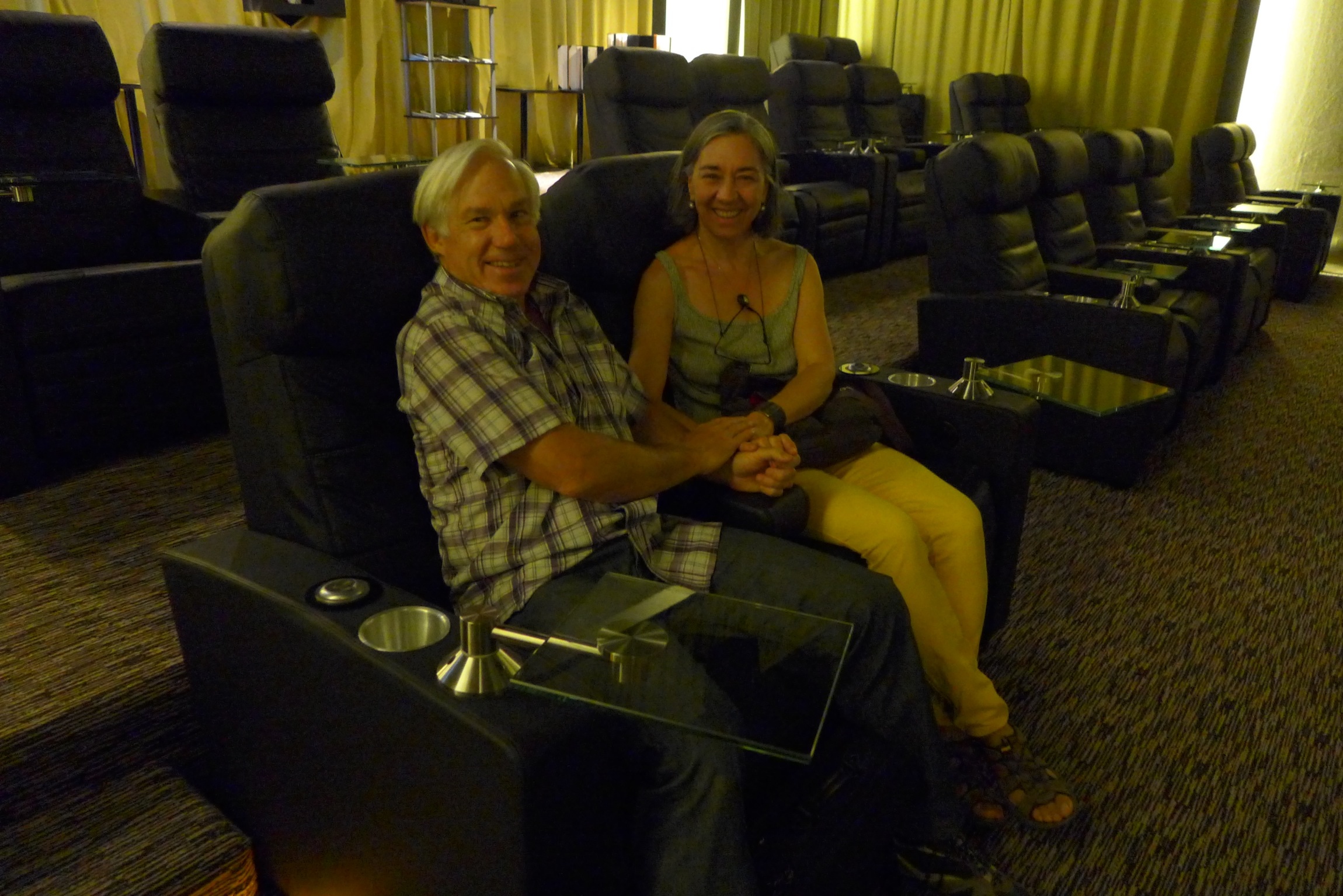 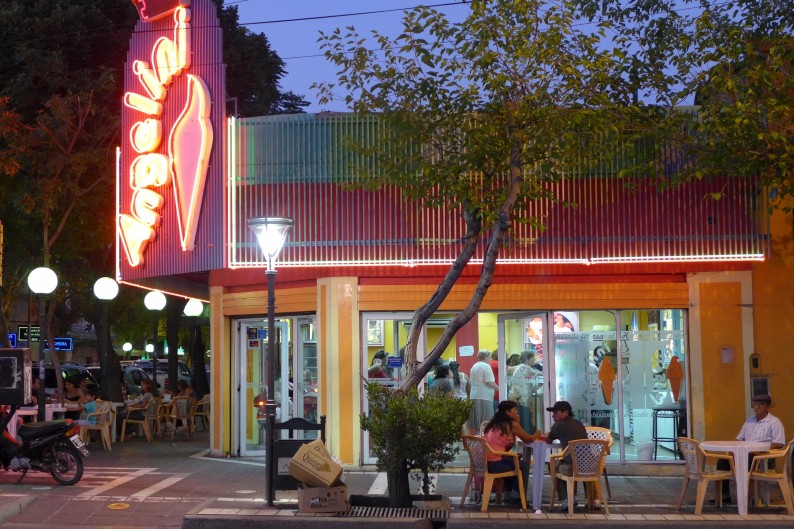 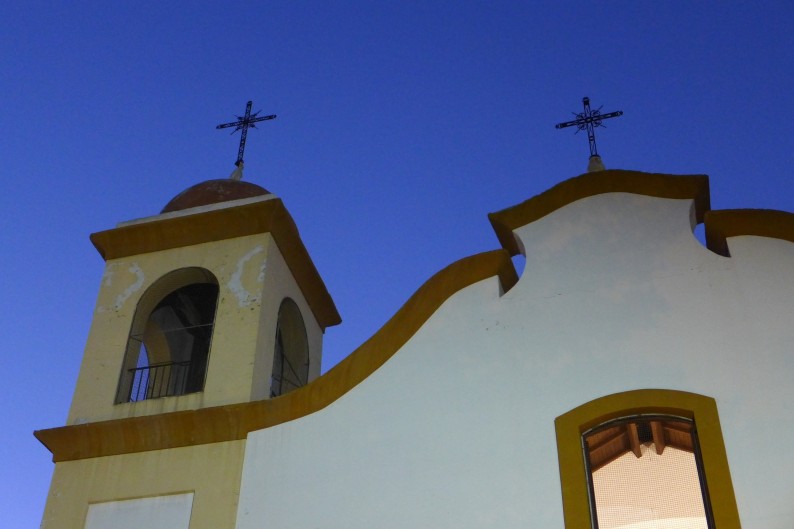 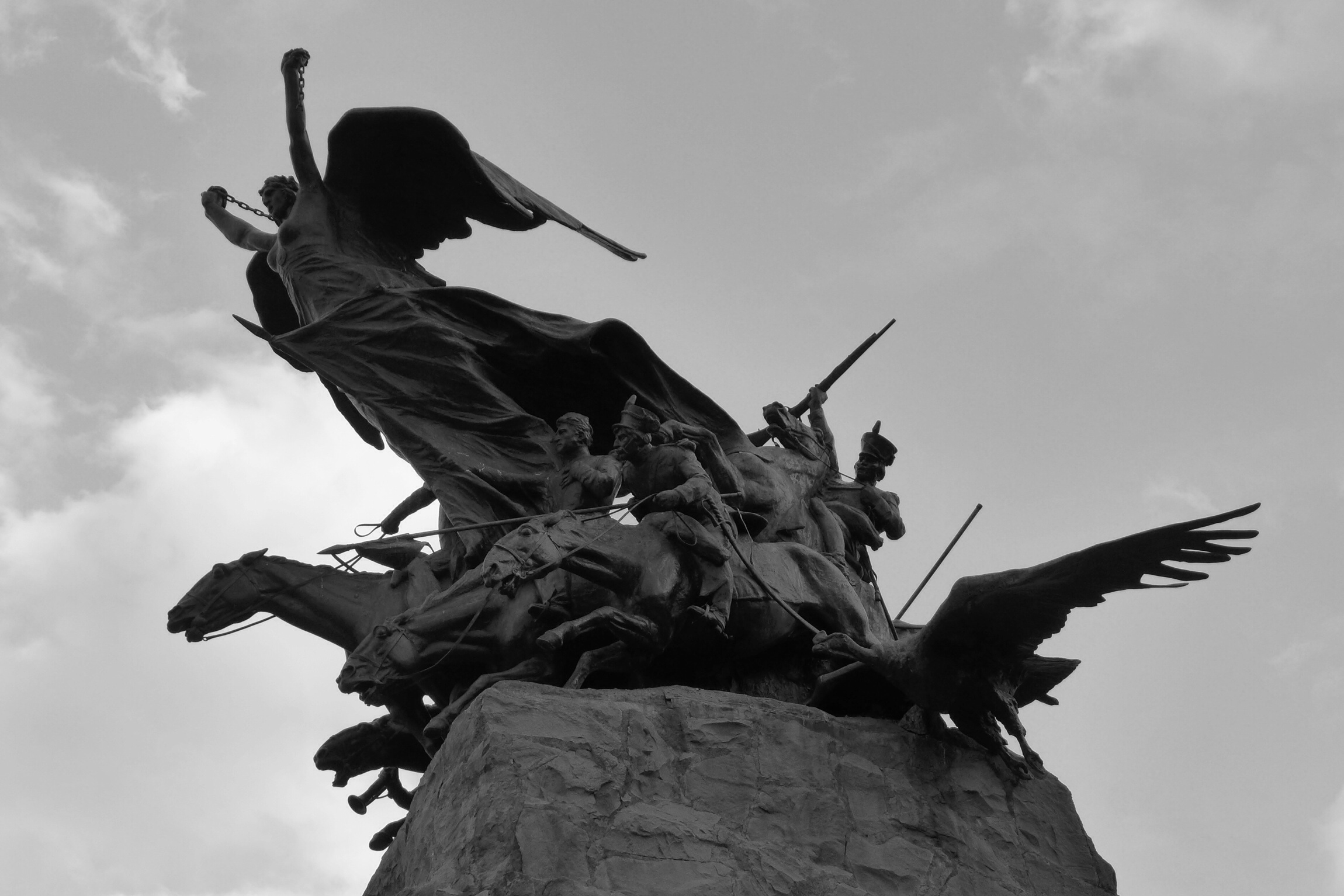 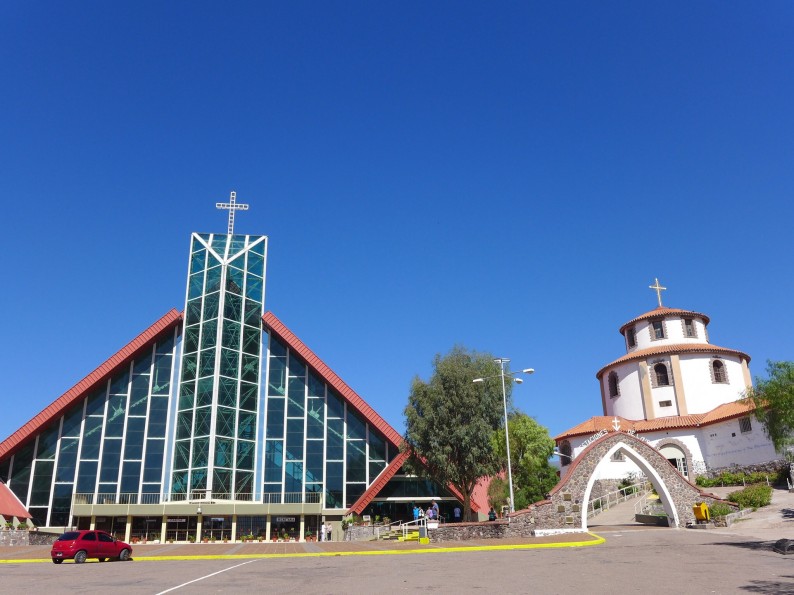 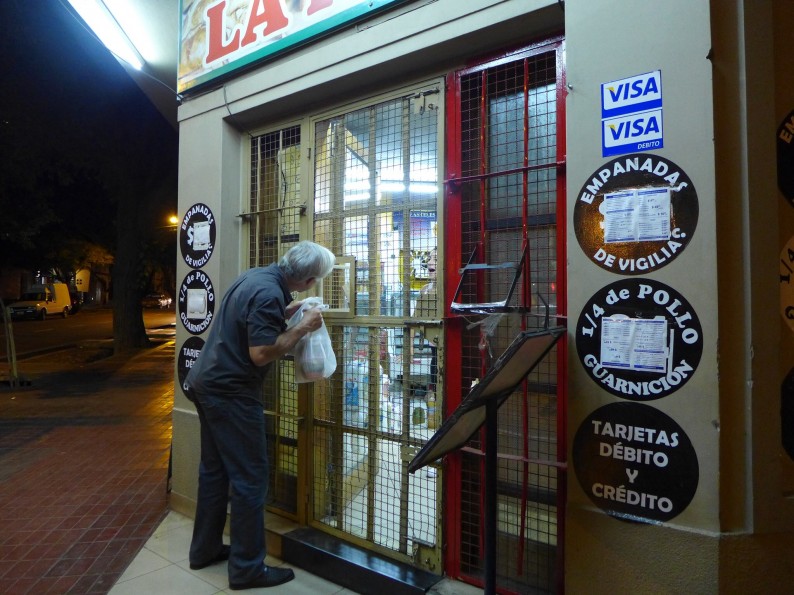 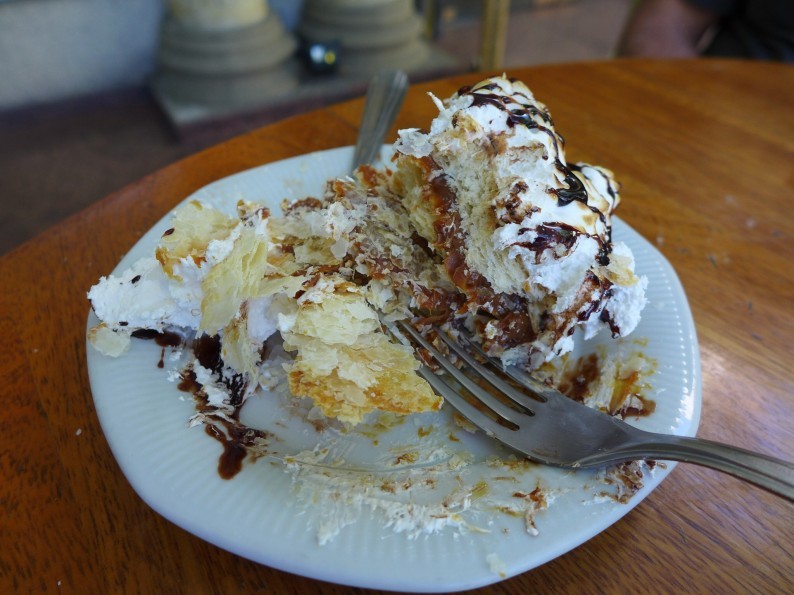 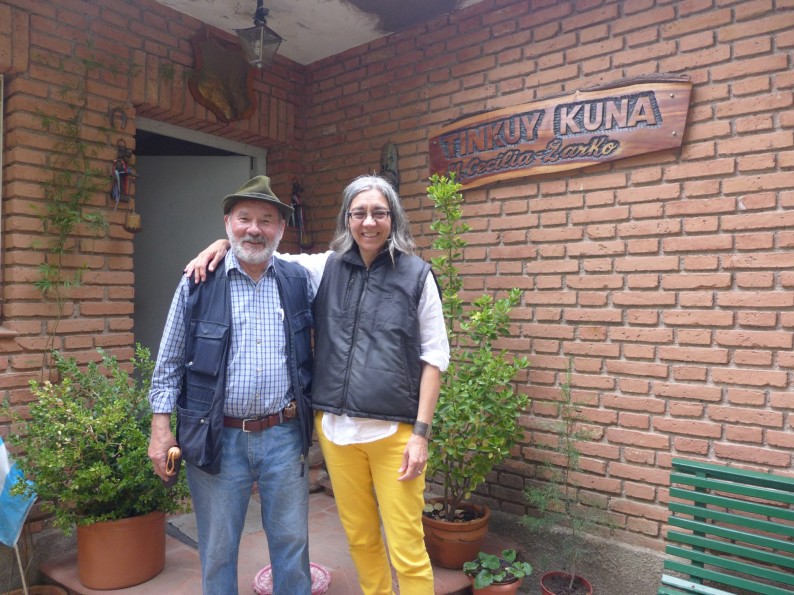 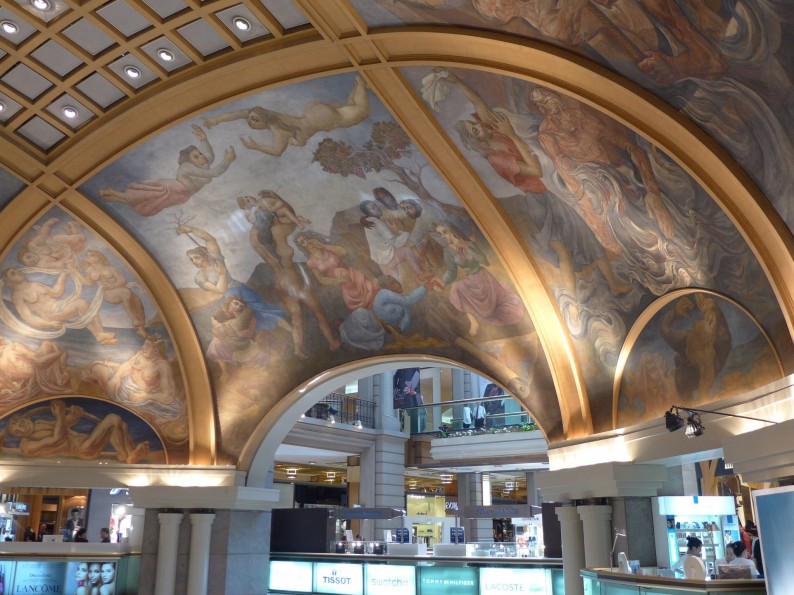 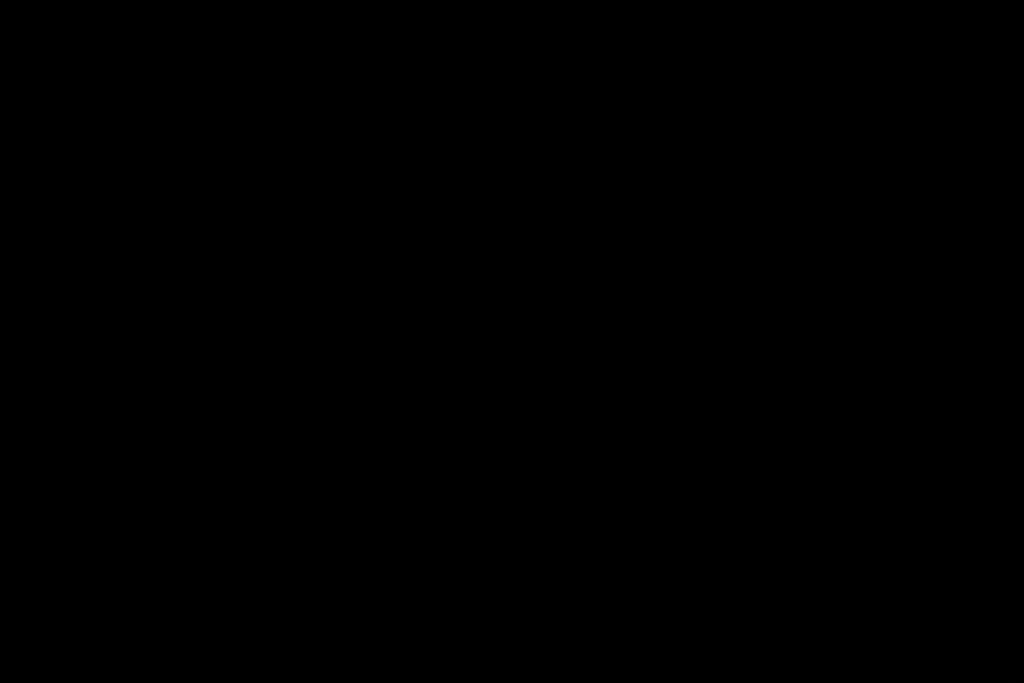